Day 3 started for India with a gold medal and finished with a gold medal too as Weightlifters won 2 Gold medals in the three events they participated today. Table Tennis and Badminton teams also reached semifinals, all three pugilists moved to quarterfinals, while a controversial decision saw Men’s Hoceky team settling for a draw against Pakistan. The medal tally of India at the end of Day 3: 4 Gold, 1 Silver and 1 Bronze. With Shooting events starting tomorrow, Indian medal tally is expected to soar. Check Day 3 report for India at Commonwealth Games 2018.

Day 3 Schedule and Results for India 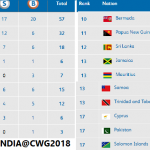 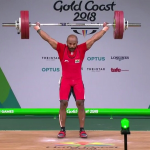 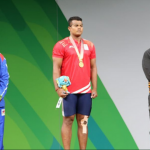 21-year old Venkat Rahul Ragala lifted 338 Kg to finish the day with a Gold in 85kg category.
Overall from 9 events in the first three days, Indian weightlifters have won 6 medals.

Indian team continued their dominance needing just three of the 5 games to win quarterfinals 3-0 against Mauritius without losing a set. They will meet Singapore in the semifinals who also won 3-0 against the hosts. 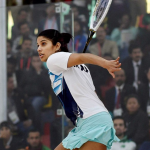 The athletes could not match the high skills of competitors and failed to impress again. In Basketball, while Men’s team was drubbed by dominant England, the Women’s team despite a tough fight could not emerge winner against Malaysia.