Indian Badminton team has shown absolute supremacy during the Group Matches losing just one set in the 15 matches they played against three different opponents. Indians opted for rotation of players giving crucial practice to all the players. Except Sindhu and HS Prannoy all had the opportunity to play. Sikki Reddy played the maximum matches, while Ruthvika played the least. Check how have players fared so far!!

Based on team strength their challenge to Gold comes only from Singapore and Malaysia in Commonwealth Games 2018. Srikanth and PV Sindhu are ranked No. 1 in Men’s and Women’s Singles events, and Sindhu is yet to play a match as Indians entered quarterfinals of Mixed Team event. Doubles teams have used multiple combinations during group matches to emerge winner while Srikanth and Saina took care of Singles.

Matches played by all players

Group A topper Indian Mixed Team will play Mauritius, who finished second behind Singapore in Group B with 2 wins of 5-0 each against Zambia and Jamaica. They lost 0-5 to Singapore. Winner of the match will play the semifinal against the winner of Singapore vs Australia quarterfinals 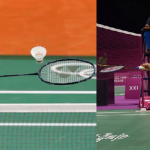 Saina Nehwal and Kidambi Srikanth played 3 Singles each against the three opponents and emerged victorious easily. By scoreline, the longest stretch for Srikanth in the 6 sets he played was 22-20 win against Pakistani opponent. For Saina, the first three sets were finished under 10, while remaining three the challenge rise upto 21-14. On top, Sindhu is yet to announce her arrival healing her minor injury.
Check scorelines of all results 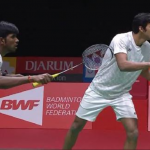 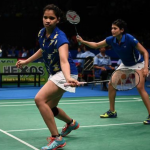 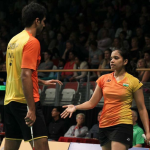