Day 7 saw Shooting winning all three medals for India as Shreyasi Singh became the 12th Gold winner for India at Commonwealth Games 2018. Ankur and Om Prakash won Bronze medals while at the end of all Quarterfinals, Boxing squad ensured 9 medals. In Badminton, Squash and Table Tennis athletes progressed winning most of the individual and doubles matches. With weightlifting over yesterday, contributions from Shooting saw Indians staying at third rank with 12 Gold, 4 Silver and 8 Bronze medals. With Wrestling starting tomorrow, India would expect to have bigger haul. 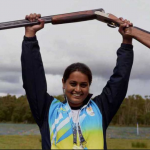 All the 6 Indians entered the finals of their respective events today as India continued its dominance in Shooting. Day started with second medal won by Om Prakash, although a Bronze this time. Then, Shreyasi Singh won Gold, while Ankur Mittal contributed a Bronze. Indian shooters lead the Shooting Sports at Commonwealth Games with 4 Gold, 2 Silver and 5 Bronze medals. 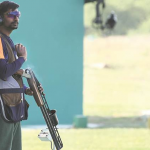 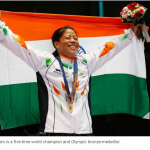 While Mary Kom entered the final in her first Commonwealth Games, 3 of the other 5 pugilists entered the semifinal joining 5 others who are already in semifinals. This ensures overall 9 medals for India on April 14.

Squash, Badminton and Table Tennis
Indians played 4 group stage matches in Squash and won all comfortably.
In Badminton, shuttlers all the seven matches they played today to proceed to Round of 16.
Table Tennis continued their dominant form winning all the 11 Men’s and Women’s Round of 32 matches.

Athletes and Gymnasts
Athletics and Gymnastics saw athletes giving their personal best but that was not enough for medals or further progress.