Indians had a successful start at the first day of events at Commonwealth Games 2018. Gururaja Poojary opened Indian account with a Silver and Mirabai Chanu sealed it with a Gold medal. Weightlifting was the only sports that provided medals today as Indians participated in 9 Sports today out of which Weightlifting, Cycling, Gymnastics and Swimming had medal events. At the end of Day 1, Indians were 7th on the Medal tally.

Indian Schedule and Results on Day 1 by Events

Overall Performance
Weightlifting: All three weightlifting events of the day saw Indian participation and resulted into one Gold and one Silver. 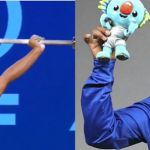 Boxing: The only pugilist today in fray, Manoj Kumar registered an easy win to move to Round of 32. 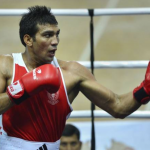 Squash: In individual events, Squash had a mixed day. While Vikram Malhotra, Dipika and Joshna moved to Round of 16, Saurav Ghosal was shocked and was knocked out along with Harinder Pal Sindhu. 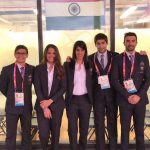 Swimming, Gymnastics and Cycling: All were medal events but Indians failed to impress except Virdhawal Khade who managed to clear the qualification round but lost in semifinals. 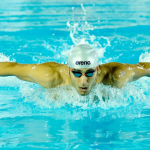 Lawn bowls: Indians participated in first two rounds of 4 events. Men’s Pairs Section won both the rounds of Section D. While Women’s Singles saw Pinki losing both the matches, in Men’s Triples Section A and Women’s Fours Section B, Indians won one and lost round.