The Indian Table Tennis of 4 members had many firsts in their Olympic History. They matched the maximum numbers of 4 set in 1992 Olympics. The team had two women for the first time. Sharath matched Chetan’s record of maximum 3 Olympics. Manika Batra was the only new face being 12th Indian paddler to be in Indian TTs 8th Olympics, but while all four lost in the first Round, she put the bravest fight. The mix of old Achanta, Mouma and young Manika, Soumyajit failed miserably being knocked out on Day 1 in the first round.

Indian Table Tennis Record at 8 Olympics
Indian TT Schedule and Results at 2016 Olympics
Indian History at Summer Olympics: Performances in Every Olympics
History of All Sports Played at Olympics by India
Indian Medals In Olympics: When and Who Got It!!

Sharath Kamal Achanta matched the record of Chetan Baboor appearing in his third Olympics after 2004 and 2008 Olympics. But, that did not help him entering the second round. He lost 1-4. 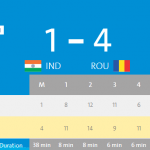 Soumyajit Ghosh as the highest ranked Indian player with a ranking of 68 in July 2016. But, in his second consecutive Olympics, he failed to clear the Round 1. He too lost 1-4. 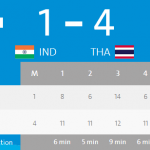 Mouma Das returned to Olympics after 12 years for her second appearance. But that did not help her cross the first round hurdle again. She lost in straight sets 0-4. 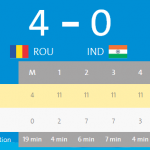 Manika Batra, the first time Olympian and the youngest of lot, fought hard but had to settle for 2-4 loss in the first round. 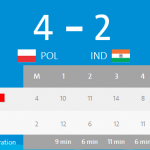 All the four participants had to return home after Day 1 after losing the only events for which they qualified.