On Day 1 of India at Rio 2016, all the four Archers participated in the non-elimination ranking competition. A higher ranking helps avoid top ranked teams till at least Quarterfinals. The only male Archer Atanu Das was the star of the day finishing 5th as Korean Kim Woojin created a new World record with 700/720 score during Ranking. Women Individuals struggled and team finished 7th out of 8 teams. Elimination Round for Indians start from August 7.

With a higher ranking, Atanu Das has avoided highly ranked opponents till Quarterfinalss. If he keeps winning the Elimination Rounds, his first major challenge would be in semifinal where he may meet 4th ranked Dutch man Sjef van den Berg who won the World Cup individual gold in Shanghai. If he wins the semifinal, a probable clash with top seed Korean Woo-jin clash awaits him for Gold medal.

Olympic History of Archery
Indian Performance in Every Olympics
History of All Sports Played at Olympics by India
Indian Medals In Olympics: When and Who Got It!!

Schedule and Results
Aug 5: Ranking Round 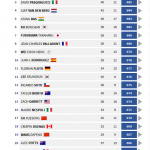 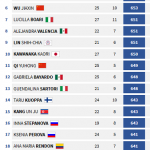 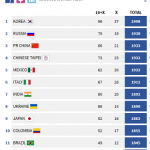