England is hosting the 5th World Doubles Championships at Manchester between 1-5 August where a record 51 pairs from 12 nations are participating. In 2016 event, the medals were shared between the hosts, New Zealand, Scotland, India and Malaysia. 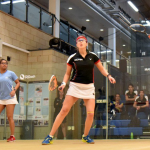 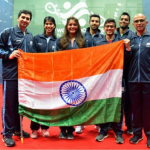